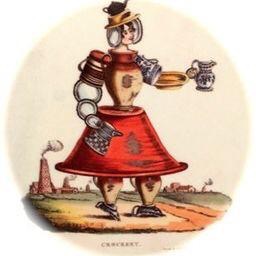 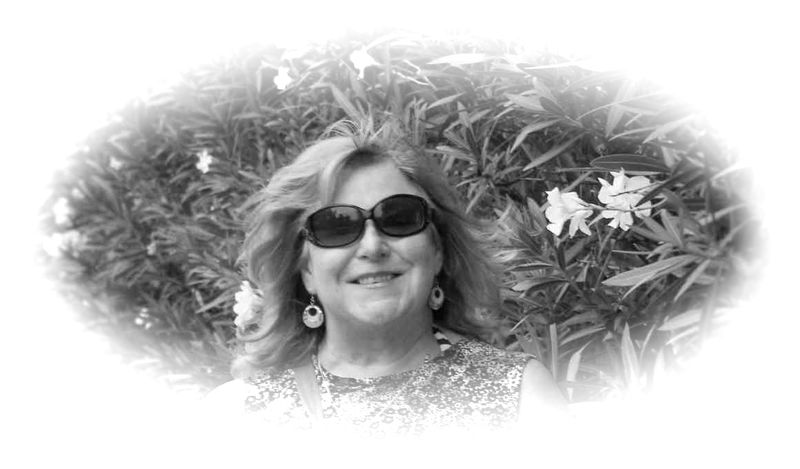 WriteScience 2016
June Palmer | Listening to Jupiter
Ceramic City Stories is proud to announce that we have been invited to host one of the winners of the national WriteScience 2016 award. Six writers are being hosted by six Fun Palaces across the UK. We are very excited to welcome Staffordshire based June Palmer whose intriguing poem 'Listening to Jupiter' was selected for this national accolade by a prestigious judging panel. June will become Writer-in-Residence with Ceramic City Stories as part of our Fun Palaces activities this year - a mini-programme of DIY activities taking place in different locations across Stoke-on-Trent. June has kindly agreed to join the team at our Fun Palace event on Sunday 2nd October at The Wedgwood Institute in Burslem. At Midday (12 noon) she will read her selected poem followed by an informal interview and Q&A session hosted by Danny Callaghan. You will be able to find out more about the inspiration behind June's WriteScience poem and get an insight into her interesting creative life.
*Ceramic City Stories | Fun Palace Burslem event takes place between 11:00am - 2:00pm - details to be announced.
Listening to Jupiter
Call it what you like
The music, the language of the cosmos
is ours
The expanding universe, the supernova;
red shifting light from distant stars
Does it matter
if dark energy exists, filling the space
between
galactic islands; enigmatic energy
imagined but forever unseen
Far-off galaxies
bending space and time across
the vast
dimensions, the observable universe.
Can we glimpse our past?
Tweak gravity.
Particles are good vibrations:
music.
An ensemble of invisible strings.
Science may confuse it
yet planets sing,
and underlying unities of nature
hear.
I have listened to Jupiter;
am sure of the music of the spheres.
June Palmer
Music of the spheres is an ancient philosophical concept that regards proportions in the movements of celestial bodies - the Sun, Moon, and planets - as a form of "music" not usually thought to be literally audible, but a harmonic, mathematical or religious concept. The idea continued to appeal to thinkers about music until the end of the Renaissance, influencing scholars of many kinds, including humanists.
June Palmer was educated at Liverpool Girls College. She helps run a lively writers group based in The Potteries - City Voices Stoke - and published a book of poetry “The last Pictish man". June has had two poems accepted for the “Poetry of Staffordshire" anthology and had success with short stories at the 6x6 Reading Café.
JUNE PALMER
Website: WWW.CITYVOICESSTOKE.ORG.UK
Twitter: JUNE VIANNE PALMER (@2scousers1)
Facebook: CITY VOICES STOKE
(from Fun Palaces):
WRITESCIENCE
FINALISTS ANNOUNCED

As part of Fun Palaces’ campaign for the widest possible participation in all forms of arts and science, we have again run our WriteScience writing competition.

We asked that writers meet with a scientist – or scientists with a writer – and then write a new piece based on that conversation.
Our judges were novelists Jake Arnott, Val McDermid and Alex Wheatle, spoken word performer and poet Salena Godden, novelist and LittleBrown editor Antonia Hodgson.* We received submissions from across the UK and our judges picked six pieces as their final choice. We have matched these writers and scientists with local Fun Palaces and they are now working with Fun Palaces Makers to share their pieces and to contribute to the Fun Palaces weekend on 1 and 2 October.

Antonia Hodgson, award-winning novelist and Editor-in-Chief at LittleBrown said of the judging process: “It’s great to see how so many of the pieces have really encouraged a deep interaction with someone from a different sphere/discipline."

Click on the titles below to read the piece and the writers’ biogs.

From Breath to Bloom

The Attenuation of Luck 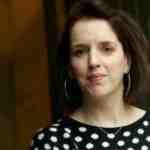 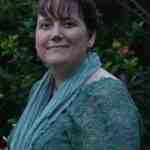 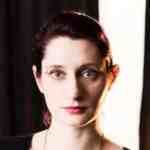 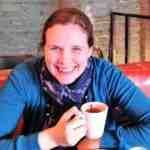 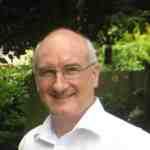 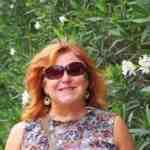 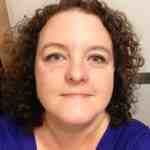 Fun Palaces are about arts and sciences, crafts and technologies, community and culture; we believe in everyone an artist, everyone a scientist.

Last year we created a different kind of writing competition, one that’s about sharing and engaging, bringing arts and sciences together to create, and taking that work back to our local communities, from the many entries, our panel chose six brilliant poets to share their work at Fun Palaces events across the UK, and their writing was highlighted on the BBC Get Creative site.

We have no categories – all ages, any writers, any scientists (and any combinations of both) are very welcome.

What You Do : First, find your partner : if you are a writer, find a scientist; if you are a scientist, find a writer. Talk to them about what they do, how they do it, why they love it. Then singly or between you, write a fictional piece about it, 250 words maximum. A poem, a short story, a spoken word piece. Whatever works best for you.

The conversation is key – write something that explores what is sparked in you by having a new conversation. Make it a piece of writing that can be shared – spoken, declaimed, whispered, shouted, painted, broadcast, scribbled, drawn, animated, acted, filmed – a piece of work that wants to leap off the page, out of the mouth, into the world. Fun Palaces are about creating with neighbours, making with people in our own communities – so try to speak to someone local to you. This is a chance to make new work, where you live.

Remember, not all scientists work in laboratories … some work in GP practices and dentists’ surgeries, in garages, in computer shops, in schools and in local parks. Not all artists work in studios, galleries, theatres, concert halls – sometimes they make art late at night, privately on a diary page, quietly in the back bedroom, loudly on the old piano.

What We’ll Do : Fun Palaces will read all submissions and create a longlist of 25 poems. Our panel will then choose six writers to share their poems live at local Fun Palaces on the Fun Palaces weekend 1st & 2nd October 2016. We’ll share them online via our Fun Palaces website and social media, and with our many partners across the UK and internationally. If you’re too shy to perform it yourself, or too far away/unable to travel, we will do our best to find someone who will share it for you.

How to Enter : – entry is free and eligible to anyone living in the UK – maximum 250 words – one entry per person – email submission in Word document (not pdf) to writescience@funpalaces.co.uk – put your full name, postal address and phone number both in the body of the email AND on the attached document with your poem – deadline midnight Sunday 31st July – Fun Palaces’ WriteScience Terms and Conditions 2016

*Our Panel : Jake Arnott is the author of six novels, including The Long Firm, which was adapted as a BAFTA-winning drama series for BBC2 in 2004. His first radio play, The Visa Affair, will be broadcast this October on BBC Radio 3.

Salena Godden is one of Britain’s foremost spoken word artists and poets. She has been a guest and writer for numerous BBC Radio programmes, including The Verb, Saturday Live, Loose Ends and Fact to Fiction, and she has written and presented several arts documentaries for the BBC and Channel 4. Burning Eye books published her first full collection Fishing in the Aftermath; Poems 1994-2014, marking twenty years of poetry and performance. Her literary childhood memoir Springfield Road was successfully crowd-funded and published with Unbound Books in 2014. Widely recognised as a trailblazer for fellow performers, Salena has also dedicated herself to mentoring newcomers to the scene. Waiting For Godden.

Antonia Hodgson has worked as an editor for over twenty years, publishing a wide range of bestselling and critically acclaimed fiction and non-fiction. She is currently editor-in-chief at Little, Brown. Antonia is also the award-winning author of The Devil in the Marshalsea. She was born and grew up in Derby, and lives in London.

Val McDermid is a No. 1 bestseller whose novels have been translated into more than thirty languages, and have sold over eleven million copies. She has won many awards internationally, including the CWA Gold Dagger for best crime novel of the year and the LA Times Book of the Year Award. She was inducted into the ITV3 Crime Thriller Awards Hall of Fame in 2009 and was the recipient of the CWA Cartier Diamond Dagger for 2010. In 2011 she received the Lambda Literary Foundation Pioneer Award. She writes full time and divides her time between Cheshire and Edinburgh. Val McDermid.

Alex Wheatle born in London of Jamaican parents, his first book, Brixton Rock (1999) was also adapted for the stage and performed at the Young Vic in 2010. Its sequel, Brenton Brown, was published in 2011. His second novel, East of Acre Lane (2001) won a London Arts Board New Writers Award. A prequel, Island Songs, set in Jamaica, was published in 2005, and a sequel, Dirty South, in 2008. Other novels include The Seven Sisters (2002) and Checkers (2003), written with Mark Parham, was published in 2003. In 2010, he wrote and toured the one-man autobiographical performance, Uprising. His play, Shame & Scandal, had its debut at the Albany, Deptford in 2015. Alex was awarded an MBE for services to literature in 2008.
Fun Palaces | WriteScience 2015
We were honoured to have the opportunity to work with the wonderful Kate Innes last year. She was a joy to work with and contributed so much to our Fun Palaces activities last year.
Please click on the image link for more details: 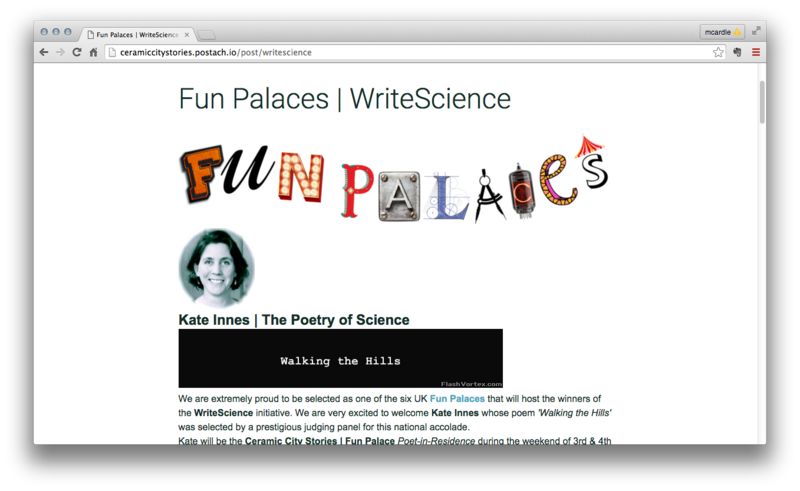 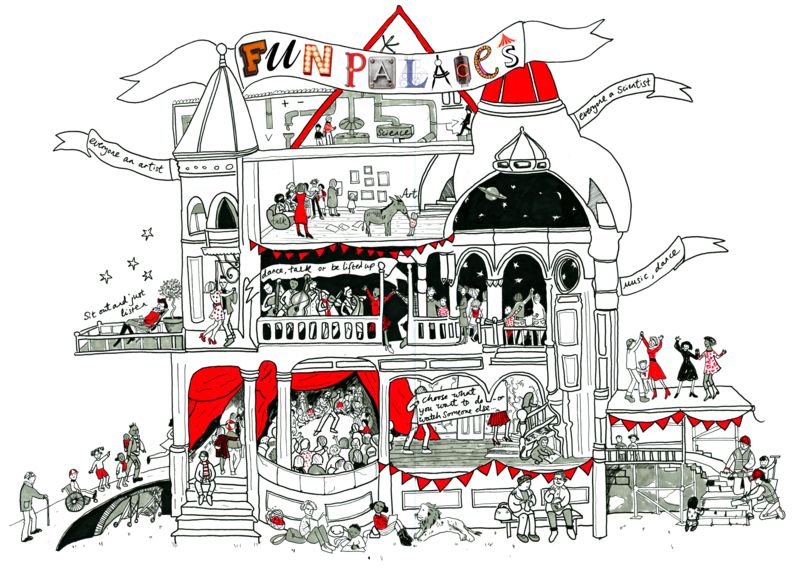 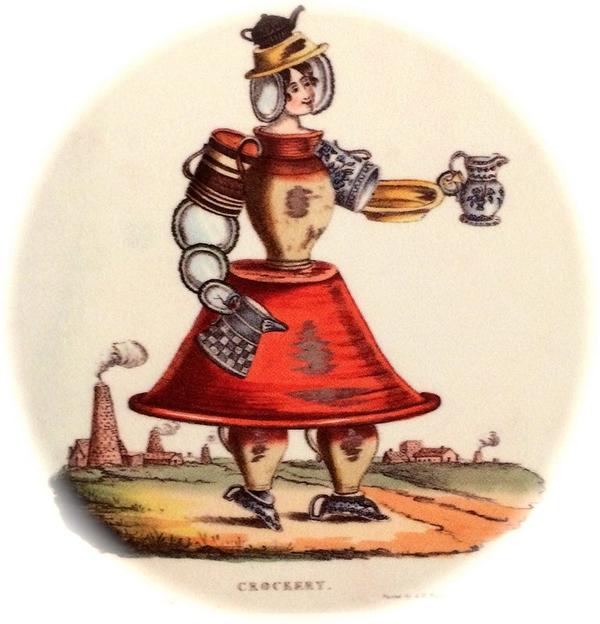